In 1988, Michael graduated from the University of Detroit with degrees in Liberal Arts & Business. Prior….He was taught by the Catholic Nuns in Grade School, the Christian Brothers at his High School, Brother Rice High School in Birmingham, Michigan & finally the Jesuits Priests at the University of Detroit…to say the least he experienced a lot of different views and opinions…

In 1991, Michael was accepted into the Ernest & Julio Gallo Winery – “Sales & Marketing Development Program” which at the time was the largest winery in the world. In 1992, Michael was accepted into the J. Lewis Cooper Wine & Spirits Co. in Detroit, Michigan. During the following several years, he enjoyed many positions within the distributor. To name a few: Sales Manager, Brand Manager, District Manager, Market Manager, Key Account Manager, Sales Rep, E & J Gallo Merchandiser, Assistant Sales Manager & then again as Key Account Manager in 1999. In early 2000, Michael accepted a position within the Kevin D. Chaney, Co. “Wine Brokers” Marketing Firm in Cincinnati as a Regional Sales Manager & Key Chain Account Mgr. In 2002, Michael was promoted to Vice President of Sales. Michael worked with the firm until early April 2019 when, Michael achieved the opportunity to purchase the 40 year old Wine Marketing Company in these Midwest United States.

Michael is proud of his 30 years in the wine industry developing his knowledge and is honored & humbled to have worked “for or with” the E & J Gallo Family, the Castello Banfi family, The Freixenet USA & Ferrer Family, The Schmitt Sohne Winery, The San Francisco Wine Exchange, Allied Domeq, Bacardi Imports, Brown Forman, to name a few international & National wine companies.

Michael’s true passion is visiting all areas of the world that love food & grow grapes, when not traveling for work, his passion is being at home, collecting Antiques, enjoying American & European History and most importantly spending time with his family, Ranay his best friend, Chloe his beautiful daughter & his infamous buddy “Bentley” the Silver lab! 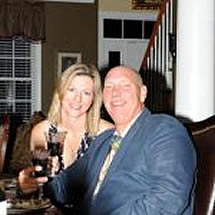 A Special Thank You!

“Even in today’s world, there are still those that understand the true meaning behind…”It’s a Wonderful Life”… Mike & Dawn you will always be the “New” Wine Brokers most trusted & true friends! Thank you so very much!” 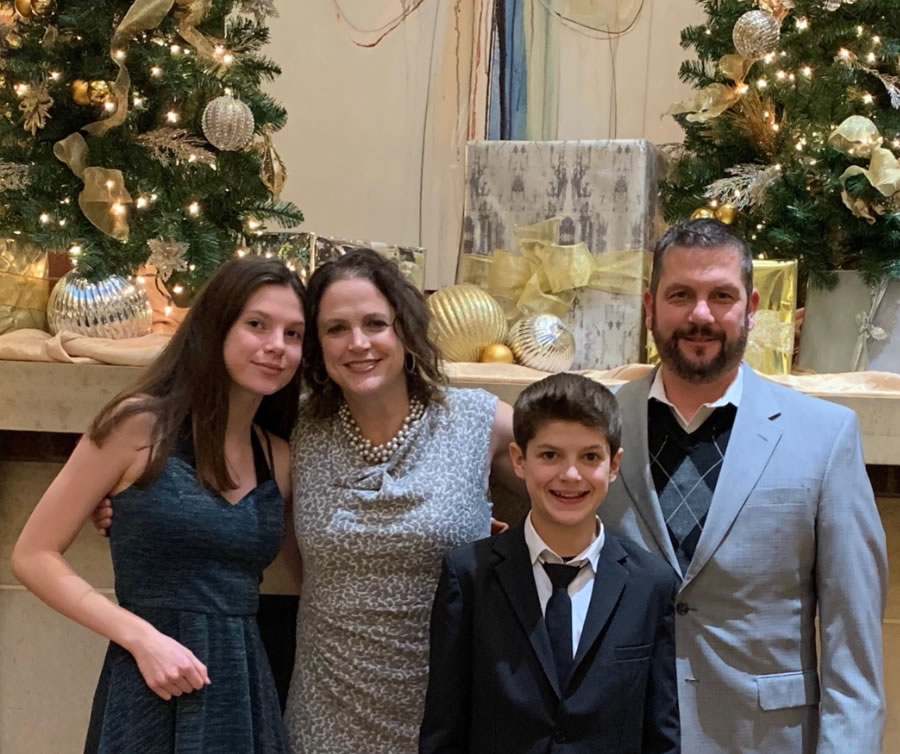 After a very long search for the perfect, Vice President of Sales, Anthony accepted this “Key Position” within our Wine Marketing Firm.

Anthony began his Wine Industry career in the spring of 2003. Anthony worked for a leading Wholesale Distributing Company in the State of Michigan. In 2005, Anthony was promoted to the position of Key Account On-Premise Specialist in Southeastern, Michigan. Again, in the year 2010, Anthony was promoted to the “Director of the Fine Wine Division” for the entire State of Michigan. In 2013, Anthony was asked to assist and re-structure the entire Restaurant Division for the Wholesaler. His new title became On- Premise Director of Sales. Most recently, Anthony has managed to continue his role with the On-Premise Division, but he also played a key role in managing the Wine List & assisting the Buying Desk as a “Key Super Regional Chain Consultant” for Black Rock Steakhouse Corporation which is currently expanding throughout the United States.

Anthony has two beautiful children, son Jamison & his daughter Amelia. And is lucky to have his best friend, Shannon by his side. Anthony loves to coach sports for his kid’s teams. Anthony & Shannon fulfill their private moments rescuing animals, in particular dogs. Wine Brokers couldn’t be more excited to be working with this fine gentleman and worldly figure!

Katie is our “Director of Marketing and Administration”…She is the Direct Report & Executive Attaché’ to the President  of the Brokerage Firm. Katie is tasked with maintaining an extremely productive and functional office. Katie and her soon to be announced team are responsible for… all Purchasing aspects Domestic or Ex-cellars, Accounts Receivable, Accounts Payable, Supplier Bill Backs, Supplier Commissions/Revenue and Wholesaler Administrative needs…

Katie isn’t the typical manager…Like the rest of the team…She is a “Wine Industry-only  Professional”, for over 20 years. She has performed & contributed in all aspects of Marketing and Administration at the Distributor level.

Katie began her career as Office manager at a small wine distributor and fostered its growth to a multimillion-dollar enterprise….How? By developing their marketing program that set an industry standard of the time. She then advanced to National Wine & Spirits Corporation, which today  is Republic National Distributing Company. Katie was a Marketing Manager within NWS. Located in the Michigan office, her organizational skills were utilized to create a successful, cohesive marketing team. RNDC is one of the largest Wine Wholesalers in the US today.

There is one thing that our Wine Brokerage Firm prides itself in…and that’s family. Katie is also a terrific mom to Max and best friend to Chuck her spouse…..

Please welcome Katie to the New Team! We certainly are glad to have her with us! 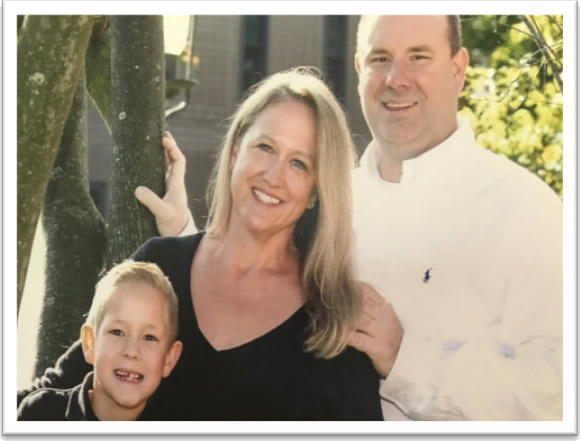 In 2011, Kaitlin graduated from Pinckney High School with a dream to pursue nursing as a career.  She went to Western Michigan University from 2011 – 2015.  She never ended up pursuing her career in the medical field because one thing remained consistent, her love for the food and beverage industry.

Kaitlin moved back home in 2015 to the Ann Arbor area where she was born and raised.  She began working at Toasted Oak Grill & Market in Novi, Michigan in 2016.  Her love for wine and the whole industry has since then sky rocketed.  Growing up in a family full of wine lovers and an Uncle that works for RNDC, it was only a matter of time she also followed suit.

We welcomed Kaitlin onto our team in September 2019.  She is our “Executive Marketing Assistant”.  Kaitlin has a very active lifestyle and a very charismatic and loving personality!  Kaitlin loves to dance, hang with friends and her boyfriend Jalen, watch sports (specifically Michigan Football and Basketball, and play with her puppy Zoey.  She also loves to travel and hopes one day to visit several wineries all over the world… Kaitlin looks forward to learning so much more about the industry and wine under Michael and Katie.

We are so excited to have her part of the Wine Broker family! 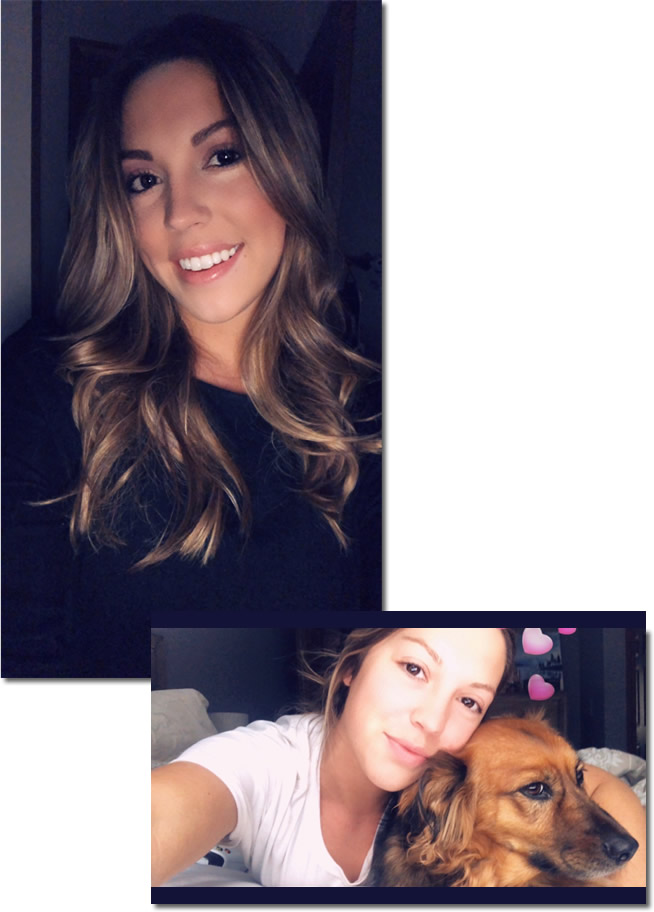 In the 1960’s, Lee Hershey belonged to a number of Food & Wine Clubs. He loved wine & it was his hobby…Lee graduated from Michigan State University with a Business Degree. Lee has managed a number of small business & owned a few during the years. Those years led Lee to managing a series of Wine & High end Liquor establishments in Metro Detroit, Michigan. Throughout these many years Lee found employment within three very well-known wholesaler’s in Michigan. During the 70’s & 80’s Lee Hershey represented wineries from all over the world inside the Wholesaler Distribution system. In the early 90’s Lee’s reputation as premier wine educator locally led him to a “Wine Consulting business” he started where he assisted very high end On & Off Premise accounts.

Lee Hershey had the honor of being an “Ambassador” for the famous Beaulieu Vineyard Winery (a 100 year Old Napa Valley property). During his role, he managed 8 wine events each week for 4 years. Lee has been honored over the years as the “Sommelier” at the Bay Harbor Yacht Club. Perhaps his most infamous and rewarding adventure has been the last 3o years as “Wine Education Director” at Schoolcraft Culinary College in Oakland County, Michigan.

Further, Lee enjoys his occasional glass of Scotch Whiskey. Lee is a “LIFELONG FELLOW” of the Academy of Malt Scotch Whiskey Society…

Finally, if you ever ask Lee how he is doing he will likely state “I am above average today and couldn’t be doing better”…Lee is a walking “Wine Encyclopedia” and his knowledge of the 3 Tier System and the Wine Industry is without reproach…
Wine Brokers is honored to say he is part of our team!
May God Bless Him!

Wine Brokers would like to welcome another industry expert, Mr. Glynn Gutzeit. In addition to his four decades as a General Motors engineer – leading a team of engineers at the GM Proving Grounds in Milford – he has spent the past 40 years as a Bartender and leading expert of Liquor Management.

For the past 20 years, Glynn has conducted numerous spirits tasting programs at Michigan State University. Glynn has also provided his expertise to many high-end on-premise events at such distinguished locations as Five Lakes Grill and Portofino’s.

Glynn has consulted for many Liquor distributors in the southeastern Michigan area on the adoption and sales of new liquor products. He has consulted with bar and restaurant owners on the opening and management of upscale properties. Finally, one of his larger accolades, Glynn created an industry manual on the mixing and presentation of cocktails.

Glynn has lived in the Highland area for more than 20 years. He has been happily married to his wife Leslie for 30 years; the couple has one son, Scott. 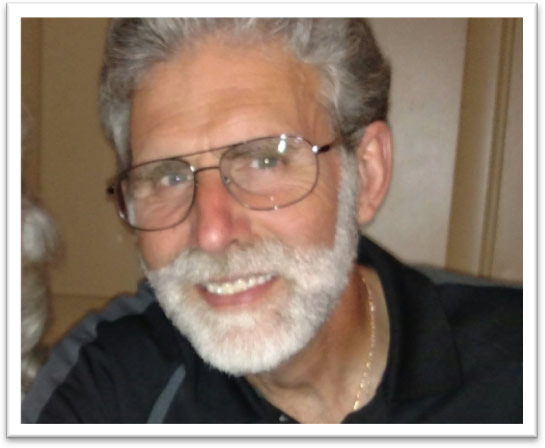 Jerry  Harrod graduated from the University of Central Arkansas in 1978 with a B.S.E. degree in education.  After teaching and Coaching for two years Jerry began his career in the wine and spirits business in the spring of 1978 with  Strauss Distributors, a Little Rock Arkansas based distributor. Starting out as a territory salesman Jerry moved to General Sales manager in January 1983 then eventually VP of Sales in 1991. Strauss Distributors became the premier wine distributor in Arkansas. In May 2005 Strauss Distributors sold to Glazers and consolidated with the other Glazer companies. Jerry joined Moon Distributors as VP of Sales  in February 2008 and will be retiring December 31st, 2019.

After forty one plus years in the Wine and Spirits business Jerry still has the desire to spend time in the markets  assisting suppliers in developing brands.

Jerry has been married to his wife Karen for 43 years. They have two children and four grandchildren. He enjoys spending his time gardening, cooking, fishing, hunting and special moments with his grandchildren. 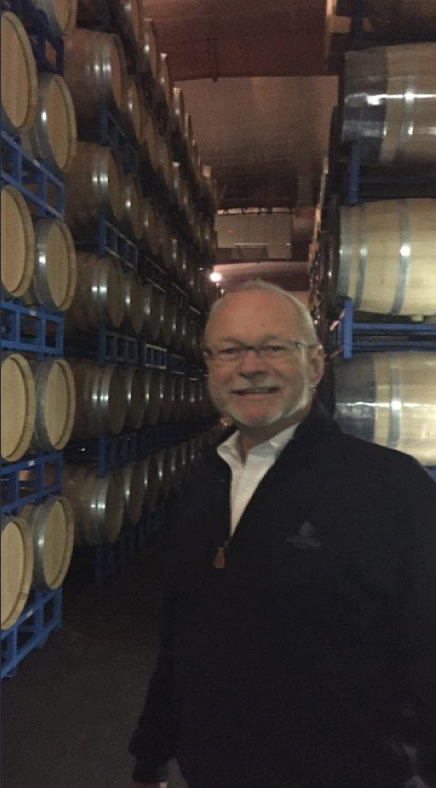 In the fall of 1979… in the month of September, Kevin began his Sales & Marketing career in the US Wine Industry. Kevin’s vision and expertise over these many 40 years has helped establish many Nationally recognized wine labels & brands across the vast United States marketplace.

Why do we have such a competitive advantage? Versus other Wine Marketing Companies…It’s simple…Kevin D. Chaney is one of the reasons…our very long standing relationships at the Wholesale Distribution Level, at the Winery Supplier Level, at the long standing Buying Desk Level in so many On & Off Premise Chains & Independent Accounts…scattered across the towns and cities across the Midwest… You walk around the block enough… everyone starts to know who you are…. A heartfelt thanks KDC!